A healthy portion of converting any product to D20PRO is doing the data entry for the creatures and NPCs. 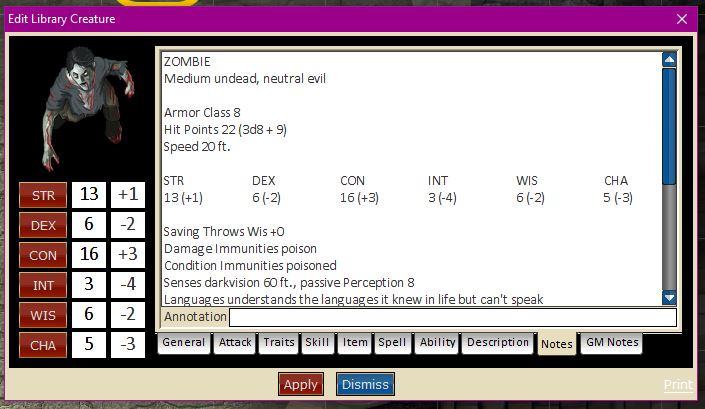 Please include a copy of the Creature/Monsters stat block in the notes tab.

Undead Fortitude. If damage reduces the zombie to 0 hit points, it must make a Constitution saving throw with a DC of 5 + the damage taken, unless the damage is radiant or from a critical hit. On a success, the zombie drops to 1 hit point instead.