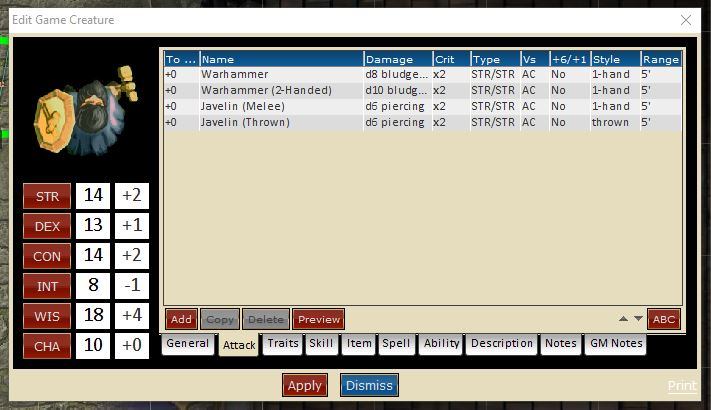 The Attacks tab allows you to manage attacks on your character sheet. 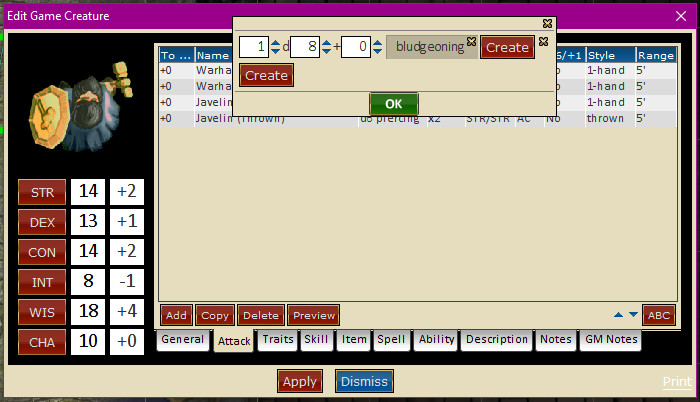 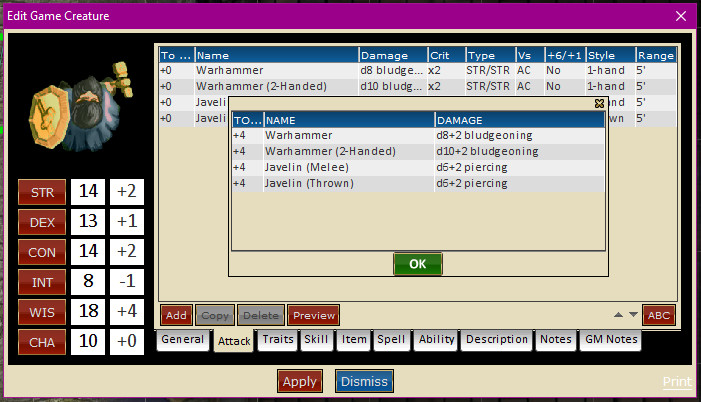 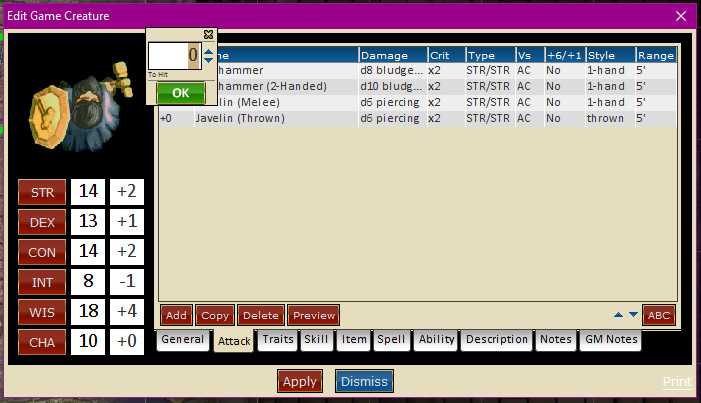